Israel’s cargo shipping company ZIM Integrated Shipping Services Ltd. announced today that its Chief Executive Officer, Rafi Danieli, told the company’s Board of Directors that he wishes to resign from his role as CEO.

ZIM said that Danieli will continue to serve as CEO until a new CEO is appointed in order to help ensure a smooth transition.

“During such time, Mr. Danieli will remain fully committed to execute the company’s strategic plan and 2016 work plan. The company’s Board of Directors has nominated a committee to lead the search for a new CEO of the company,” ZIM added.

ZIM further added that it has agreed with Danieli for him to serve as an active advisor to the company following the appointment of the new CEO, subject to the approval of a detailed agreement.

“Rafi’s request to leave his service as CEO came after working in ZIM for 38 years, of which he served as CEO for seven years, and during which time he led broad structural changes in the company and two complex financial restructurings. During his service, the company has moved from making operational losses to an operational profit, with operating margins higher than the industry average,” ZIM’s BoD explained.

For the nine month period ended September 30, 2015, the company reported a net income of USD 35 million, compared to a net loss of USD 192 million for the same period in 2014. 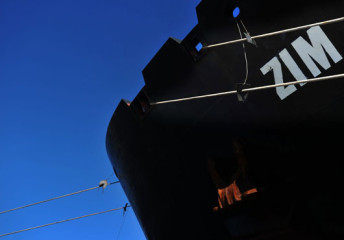