Port workers at Rotterdam’s container terminal were set to begin a 24-hour strike on Thursday afternoon and five other day-long strikes are being planned, news agency ANP reports.

The unions want port companies to rule out making compulsory redundancies, despite overcapacity and growing automation in the sector.

The port authority said it would not be going to court in an effort to stop the strike. ‘Striking is a right and we would rather put our energy into a solution,’ a spokesman told ANP.

Some 800 out of 3,500 jobs at the port are under threat over the next four years, the unions say.

The last all-out strike in the port was 13 years ago, the Financieele Dagblad says. 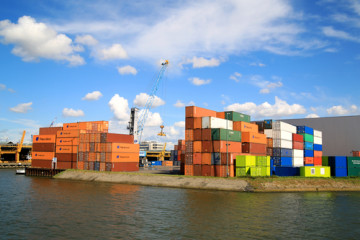