Charter flight from Shanghai to Mexico

On April 3, FS Shanghai had a critical mission to manage
the transportation of medical supplies for the
Mexican government's charter "Misionero de Paz", and to
carry out a series of operations such as customs
declaration, inspection and boarding for the medical
supplies shipped to Mexico.

This is China's first belly cargo flight to Latin America,
so this flight was named "Misionero de Paz", symbolizing
the friendship between China and Mexico, and also
pinning hopes to overcome the global pandemic.

It is a big challenge for FS Shanghai colleagues
through the four-day period of handling which happened
to be Qingming holiday in China. To ensure things went on
smoothly, we continued to coordinate with the airport
staff until the plane took off. With unremitting efforts, at
19:49 on April 7th, an Aeroméxico airplane filled with
medical supplies took off from Shanghai Pudong Airport
on time to Mexico.

With more attention paid than ever before, the Deputy
Foreign Minister of Mexico came to China with this plane
and returned to Mexico as soon as it was loaded. It is also
an honor for ours to be responsible for the entire process
of the delivery of medical supplies in China. 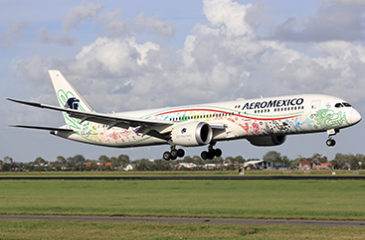